Reflection on being a part of NextGen Radio 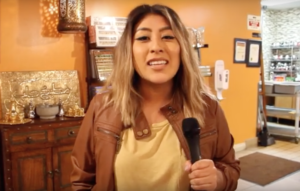 NPR’s NextGen radio was filled with so many new things to learn. During the introduction dinner I already knew I was going to learn so much.

I listened as the mentors talked about their experiences being reporters/producers. They had covered so many important events in history and it excited me that by being a part of the NextGen radio program that I could possibly be in their shoes one day.

It was my first time doing a non-narrative piece, so I wasn’t sure how it was going to turn out. I’m used to thinking about visuals when working on multimedia projects but this one really had to focus on sounds and how the interview setting could be used to incorporate sounds. It was intimidating to think that in a way you would not be able to help direct the story in the right way with your own narration. It all depended on the subject and how well they would be able to tell the story for you. I definitely struggled with that concept but was relieved to figure out that’s where “nat sound” came in.

When I heard the previous pieces of work, I didn’t realize how hard it was going to be to have smooth audio transitions in the story. Right away I learned that the subject can’t be talking about being at home at one moment and then out of nowhere end up at the grocery store.

I do feel that I struggled with that for a bit but then I was shown by my mentor how to really utilize the nat sound as transitions. I also learned how to use new multimedia tools. Headliner and Otter were so easy and helpful to use. Honestly, I never knew how much easier it would be to log the audio before starting projects. Also, I got to try out new equipment such as the audio recorders. The audio came out so good using those recorders that now I plan on using those for future recordings.

I was really happy to have Jesus Ayala as my mentor because he really did try to show to me the tricks of the trade. He showed me how good audio can add so much to a story. For example, when the interviewee mentioned how important having coffee in the morning was with his wife, we inserted nat sound of them preparing coffee together.

What I also really liked was how the mentors not only helped out their own mentee but also anyone else who asked them for help. During a lunch break, Elma, Madeline’s mentor, offered me a tour of the media facility she works at and emailed me links to job postings. Also having Traci as our editor was such a fun experience. I appreciated her input in the editing process. It was interesting to see how she would improve my audio story by suggesting ideas that I hadn’t thought of.

The day-to-day process was hard and everyday was something new. Finally, working under a deadline gave me real life experience and helped prepare as a professional journalist. 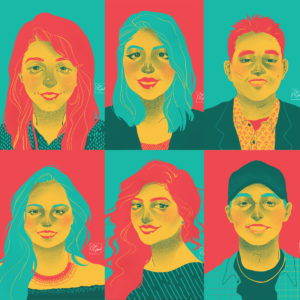