Nidal Hajomar fled Syria with his family when civil war broke out. They relocated to Southern California and opened Aleppo’s Kitchen in hopes of creating a space where other Syrian refugees could find refuge. Now, Hajomar’s restaurant has become a staple within the Little Arabia community in Orange County.

When Nidal Hajomar heard air-strikes within 100-feet of his home in Aleppo, Syria, he knew it was time to flee. For months he had resisted the urge to leave his homeland, but as the conflict moved away from the Syrian capital Damascus and closer to Aleppo at the peak of his country’s civil war in 2012, the realities of war were now in Hajomar’s own backyard.

So Hajomar and his wife gathered whatever they could quickly pack into their tiny car.

“I told my wife, ‘Okay let’s go. Don’t pack a lot of stuff because we are in this very small car.’ The only thing we really needed to take with us was the American passport or we could not go to the United States,” he said.

What would have normally been a 45-minute car ride to the Turkish border on the main road turned into a 5-hour trip, as Hajomar and his family drove through the Syrian countryside to avoid the most intense fighting. Once safely in Turkey, Hajomar and his wife and three children became just five of 5.6-million Syrian refugees who have fled the brutal civil war, according to the United Nations.

Hajomar first travelled to the U.S. in 1985, but his 2012 journey was bittersweet. “When we flew to [the] United States, it was immense sadness for me because I left my loved ones and my friends. I was 53 years old, and I thought ‘what I’m going to do again in the States, I don’t have energy anymore.’ It was very tough for me to start from scratch again,” Hajomar said.

Starting from scratch again 7,400 miles away in Cypress, CA was not easy. Without any credit history, Hajomar couldn’t even buy a car. “We went to a car dealer and my friend put his name [on the lease] because I couldn’t get a car. When you have a good friends, they will help you.”

It was thanks to those good friends that Aleppo’s Kitchen was born. Hajomar’s wife, Suher, is such a skilled chef that it only took one dinner for close friends to decide they wanted to fund a restaurant specializing in Syrian cuisine with Suher as head-chef and Nidal as manager.

Not Turning Away Any Refugees

Omar Adrov was 18-years-old when he fled Syria to a refugee camp in Egypt. He eventually moved to California because he heard of a restaurant in Orange County where Syrian refugees could find work. “Nidal is always giving some of his time in his work…and his money to Syrians. There’s a guy, he always comes here every night and he’s a broke man and he’s [Hajomar] always giving free food [to him],” Adrov said. 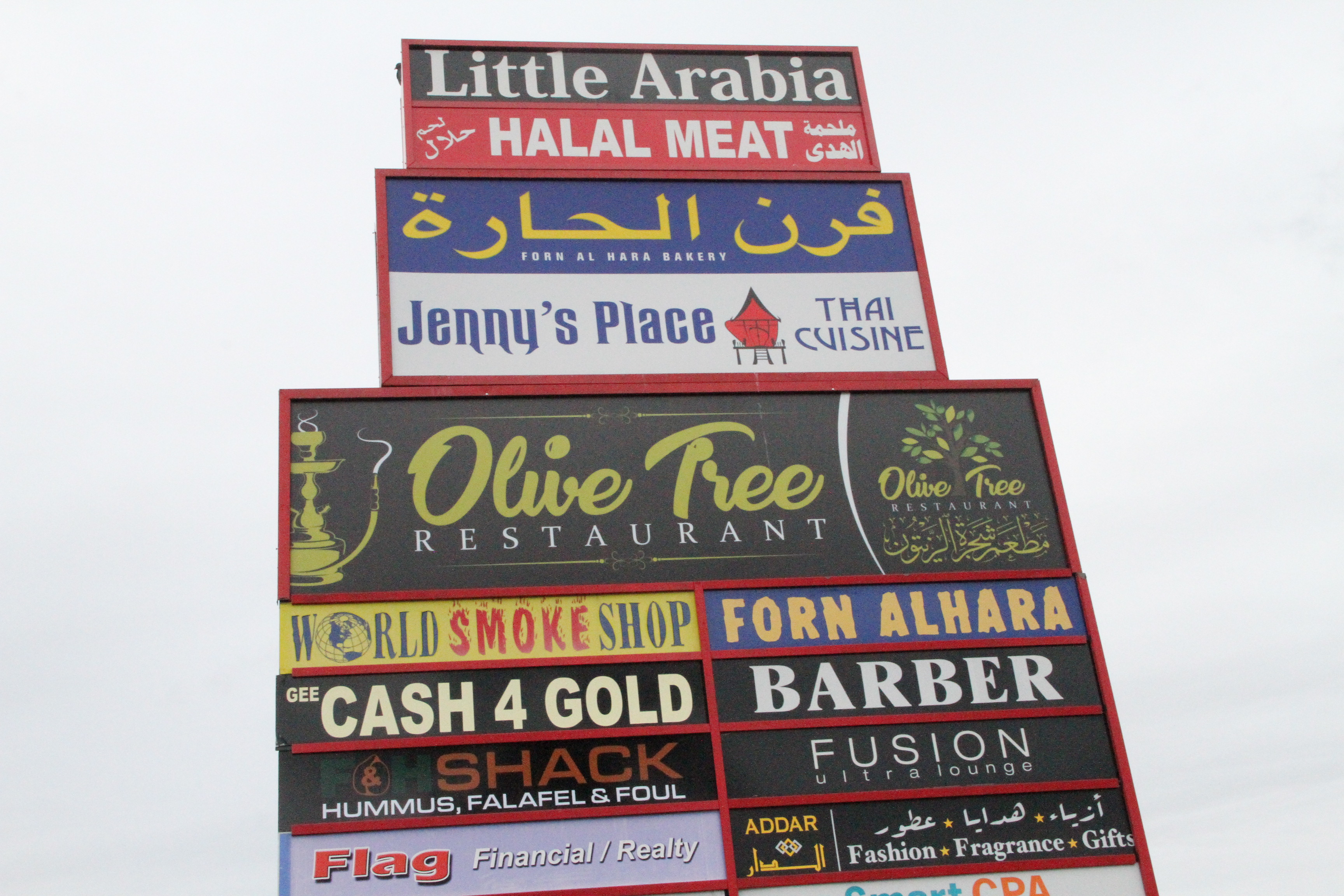 Hajomar had promised himself to not turn any Syrian refugee away, so he helped Adrov get on his feet and hired him as a waiter at his restaurant, where he has now worked for four years. “He’s like my dad. I trust his opinion and his experience. I know what he’s been through in his life,” Androv said.

The Emotional Scars of War

For other refugees the emotional scars of war are much more traumatic. One of Hajomar’s youngest employees fled Syria at 14 after becoming an orphan. After years living abroad he eventually made it to Orange County. “He was so lonely. He had really bad nightmares,” Hajomar said. “He saw a lot of things, like blood. He said people died in front of him.”

Nearly 30 percent of adult Syrian civil war refugees who have resettled in the U.S. meet the diagnostic criteria for posttraumatic stress disorder, according to a study by the Anxiety and Depression Association of America. 90% also screened positive for high levels of depression and anxiety.

“I hear the Disneyland fireworks every night at nine o’clock. New refugees get scared. They think something is happening, like fighting,” said Hajomar.

One worker from of Aleppo’s Kitchen lost his hair because he was severely suffering from panic attacks and he needed to be rushed to the emergency room, but the language barrier prevented him from going. “He didn’t even know how to go to the urgent care to explain,” Hajomar said, noting it’s rare to find medical staff who speak Arabic. “So I went with him to the urgent care like his father. I’m like his father.”

A Slice of Syria in Orange County

For Androv the support of his “new dad” and Hajomar’s wife, was invaluable since his own family stayed behind in Egypt. “They all call my wife mama and she treat them like a family. And the end of the day she asks everybody did you eat,” Hajomar said. 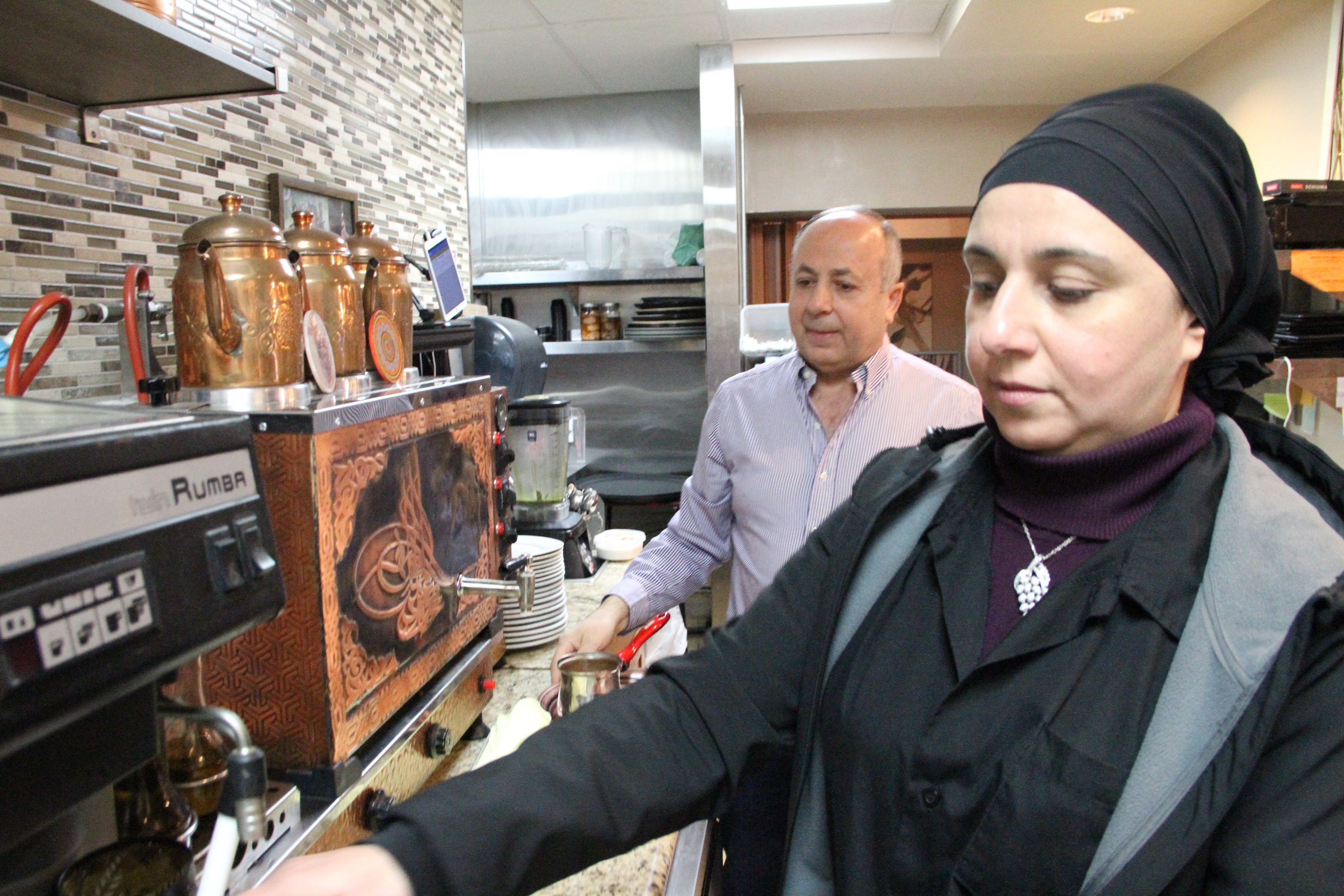 It’s something that does not go unnoticed by any of his workers. “Every time you fall he picks you up and he tells you just keep going, I got your back,” Androv said.

Hajomar and his wife have created a slice of Syria in Orange County for those who have left their life- and loved ones- behind. 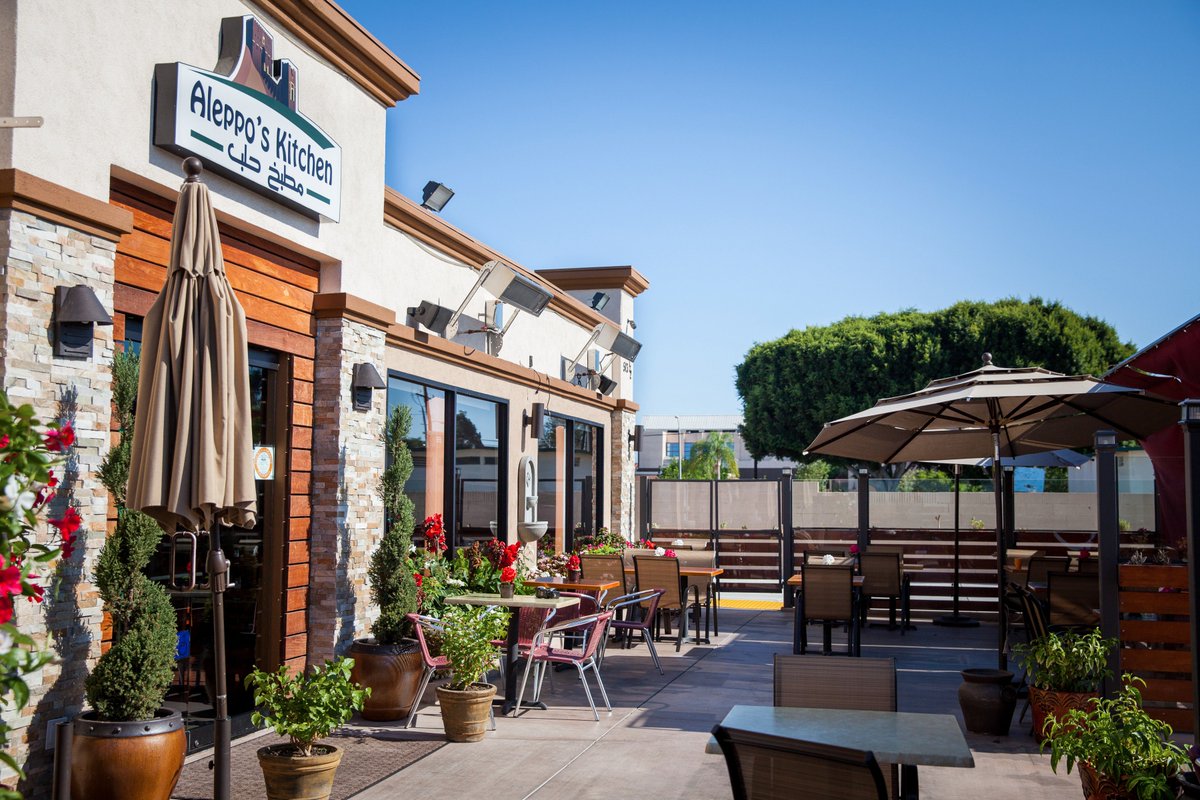 Aleppo’s Kitchen is one of the few owner-operated Syrian restaurants in Southern California. (Leslie Cano, Next Generation Radio)

“When the community comes over here they can see little bit of Syria here in this restaurant,” said Hadjomar. The restaurant serves over 30 varieties of kibbeh, a traditional middle eastern dish made of bulgur, minced onions, and finely ground lean beef, lamb, goat, or camel.

The restaurant has been described as a “hidden gem” by many visitors because the building’s entrance is tucked away behind a narrow driveway that used to be a junkyard. 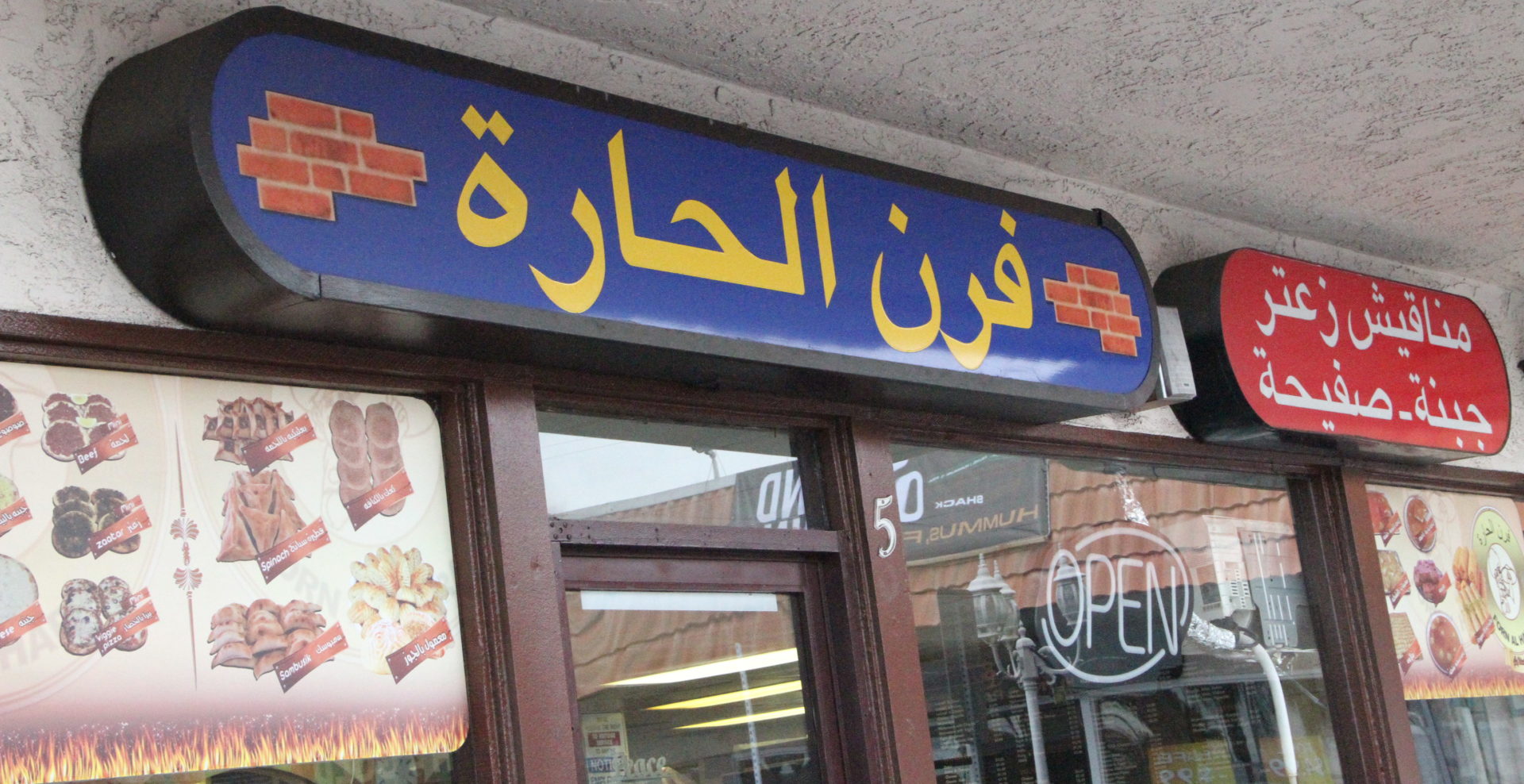 The Little Arabia neighborhood in Anaheim, CA is a safe haven for newly arrived refugees from Syria and other middle eastern countries. (Leslie Cano, Next Generation Radio)

What was once a junkyard is now a safe haven for nearly 200 Syrian families, one of Orange County’s fastest growing ethnic communities. “It was worth it to come here. This country is a great country and I love it,” said Hajomar. Aleppo’s Kitchen remains one of the few owner-operated Syrian restaurants in Southern California and is located in the Little Arabia district, the center of Orange County’s Arab-American community. “For me and my wife and my kids this is a gift from God. We now live in in a safe place.”